Levi and Rachel search six popular neighborhoods to purchase a first home near transit and parks. 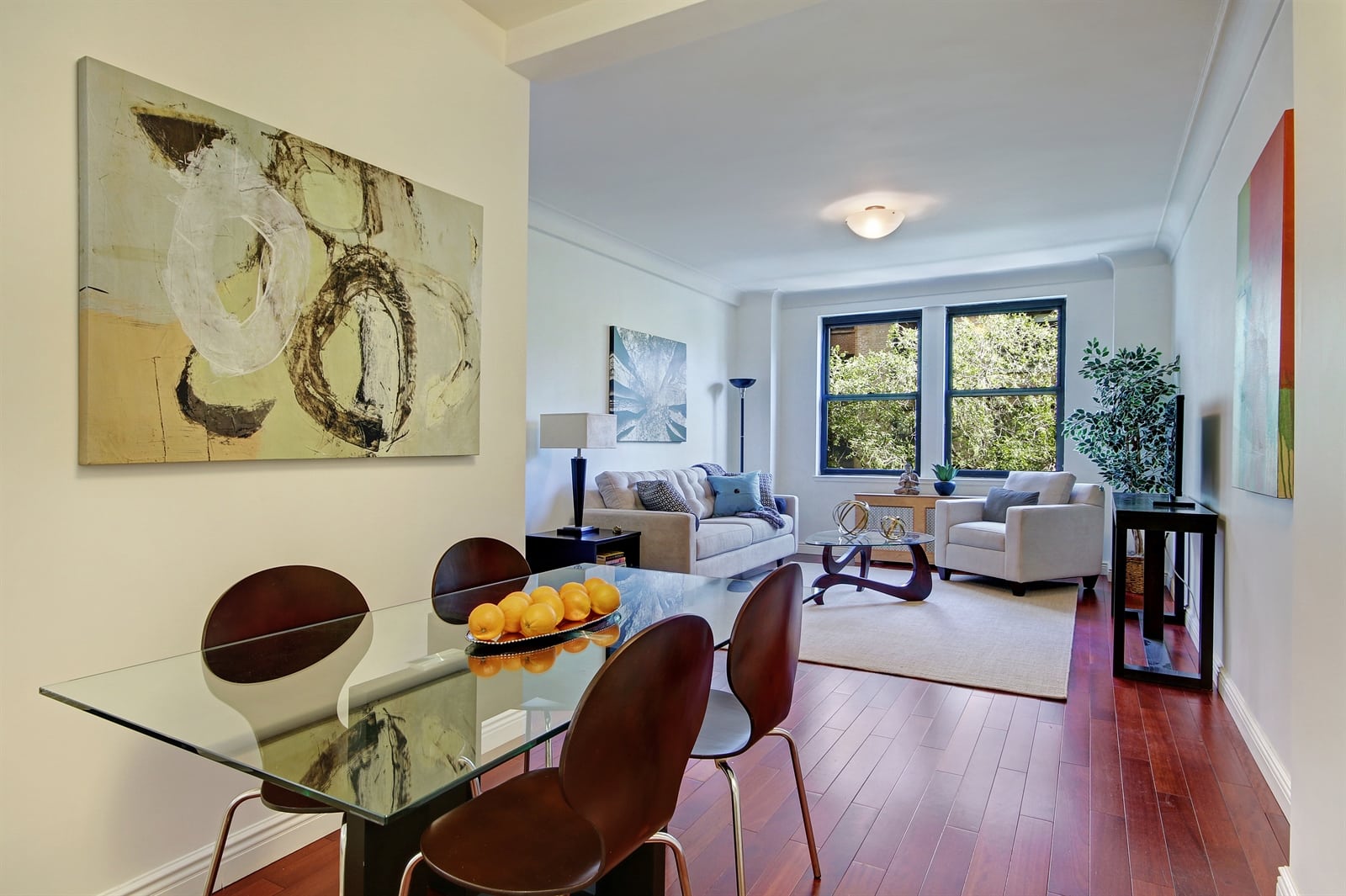 Exclusive listing and property photograph courtesy of Corcoran Group. Purchasers represented by Ian K. Katz Group.
The property's only open house had yielded nearly a dozen offers, so we put together a strong over-ask offer with multiple incentives to convince the Sellers to move forward with us.

Levi and Rachel were sharing a one-bedroom rental on the Upper West Side but wanted to expand both for living and for working from home. They sought a two-bedroom property under $1 million that was move-in ready. Our search covered over six different areas in Manhattan and Brooklyn that shared certain characteristics: attractive pre-war design, a transit-convenient neighborhood with many dining options, and proximity to both parks and public transit.

The market was intensely competitive in all of Levi and Rachel's target areas: more than half of the properties we visited attracted multiple offers over their asking prices within the first week of showings. We considered several properties seriously in both Manhattan and Brooklyn, but some were snapped up before we can make an offer, and others would have involved a compromise on noise levels or commute distance.

Finally, a property came on the market that perfectly suited Levi and Rachel's needs. It was two bedroom, one bath pre-war co-op on a Central Park block on the Upper West Side. Within just a few days we saw the home and prepared and submitted our clients' offer. The property's only open house had yielded nearly a dozen offers, so we put together a strong over-ask offer with multiple incentives to convince the Sellers to move forward with us.

Fortunately, we were able to tactically outbid the competition without exceeding what we deemed a fair price. The deal proceeded seamlessly and Levi and Rachel closed two months later. Our clients were able to move in to their dream property less than five months after starting their search.