Staging and selling on the Upper West Side

Preparing, marketing and selling a pre-war two bedroom for our clients Jamal and Sophia. 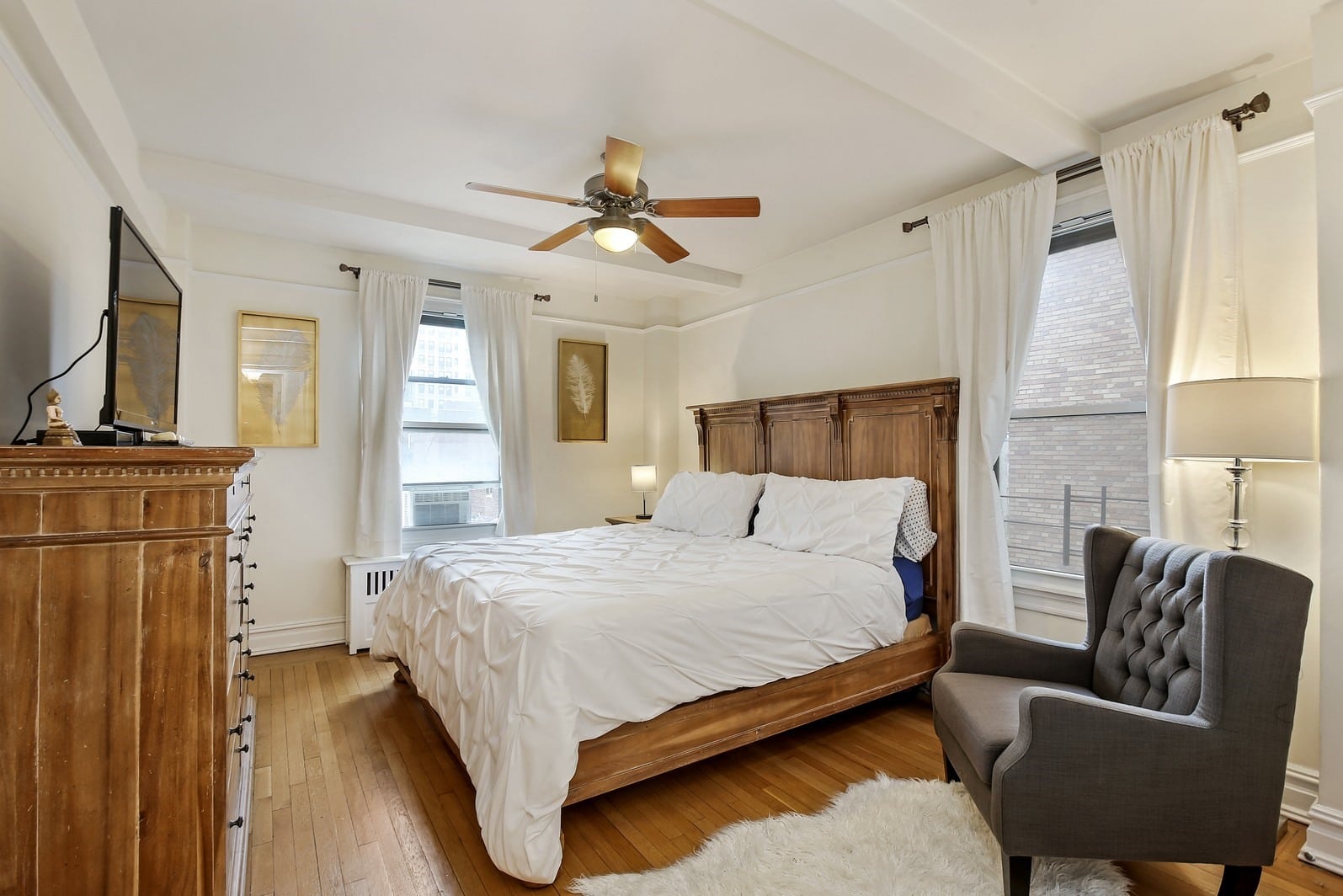 Jamal and Sophia's master bedroom, as staged and photographed for our listing. The listing campaign brought strong traffic and a well-qualified cash offer within its first two weeks on the market.
We recommended and selected the maximum asking price we felt the market could bear without sacrificing web impressions and foot traffic.

Jamal and Sophia owned their pre-war two bedroom in a Rosario Candela-design cooperative for several years. They enjoyed making it their own through a gut renovation of their kitchen and other improvements. Outgrowing their space and encouraged by a loft rental opportunity downtown, they began to consider a sale. After monitoring our experience selling three apartments in their building the year prior, Jamal and Sophia hired us as their listing agent with the goal of selling at a premium price-per-square-foot for their market segment.

We freshened and staged Jamal and Sophia's property so it would appeal to the demographic of buyers most likely to pay a premium for the home versus its competition. We highlighted the second bedroom's "Master Suite-like" proportions through properly curated furnishings, swapped out light fixtures and added artwork and color accents to bring out the property's classical elements, installed new air-conditioning systems, and more.

We had sold several apartments in the building, so we had a good gut feeling for pricing. We recommended and selected the maximum asking price we felt the market could bear without sacrificing web impressions and foot traffic, and drew viral interest to the property through web syndication, advertising and wide co-broker outreach.

Both open houses and private showing schedules were busy. Through our co-brokerage network, we introduced the property to a lovely family of three who had their eye on the building for over a year. Their agent presented a strong, all-cash transaction for the apartment. Jamal and Sophia secured a purchase price-per-foot that matched the highest ever obtained in their building (a similar two-bedroom we had also listed and sold 18 months earlier). Their transaction progressed smoothly, with board approval and closing following within ninety days.

Their sale secured, Jamal and Sophia were able to sign a lease on a wonderful pre-war loft in Chelsea. Upon closing, they passed their first co-op onto the new owners, who moved in excited to raise their young son in the home for years to come.